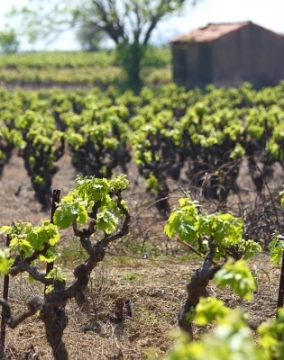 He might have been one of the most relaxed people in the world, more often than not spotted sitting back with a crossword puzzle, his mind in a moment of concentration not even a boiling kettle’s whistle could easily interrupt.

When he spoke, it was often after a short pause to reflect what the other person had said, then followed by a mellow “Yeah…” in his baritone voice before the rest of his words came out.

But the most enduring memory I have of this family friend – who died suddenly  just days before the end of 2012 and for years I only knew as Art – was when he spilled nearly an entire bottle of red wine onto himself in front of his family and friends.

That event happened at his home 16 years ago at the memorial party he held for his wife shortly after she died of cancer.

It was less of a wake and more of a celebration, the sadness tempered by happy memories and a seemingly endless supply of wine that people drank as though their lives depended on it.

It was also a night he would impart what my sister would describe as the best advice she’s ever received in life. When she asked what mattered most in life, he turned to her and said, “The most important thing in life is simple, it’s love.”

If Art’s death came too soon, his wife’s was tragically even more so, but unfortunately not unexpected.

They were a couple who were clearly in love, but pulled apart by the most heartbreaking of circumstances. No possibility was left unexplored as they sought to send her cancer into remission. Hope was never lost. But in the end she ran out of time.

Art carried on. He worked for the electrical utility, earned a very good living and continued to live both in his home in the city and at his cabin on a small island of Canada’s west coast. He was a kind and generous man, a mentor and a confidant to some, but most of all he was simply adored by those around him.

He was also an animal lover and at one time had two cats called Briggs and Stratton, named after the lawnmower engine manufacturer Briggs & Stratton.

There was also little doubt he loved wine. Few dinners at his house were ever a dry affair. White, red, dry, sweet or sparkling; it didn’t matter. When dinner was happening, we would bring bottles, other people would bring bottles and he, too, would have a few of his own bottles to contribute.

What was drunk, whether from a prestigious estate, a bag-in-box or the local U-brew, never really mattered. If it was good, it was discussed; if it was paint thinner, it was forgotten.

His cabin was just down the road from my mother’s house and it was a place where we drank lashings of wine. Some of it was good, some of it was bad, and none of it that I can remember by name.

He also loved a good cigar. He didn’t smoke them every day; they only came out when it mattered. He brought out his best stogies on special occasions; he loved nothing more than to start a bonfire on New Year’s Eve, sit in a lawn chair and puff a Cuban.

Art was a man who loved life but was haunted by the worries many people have when retirement is looming. He didn’t know what to do with himself, so he kept on working because he thought he had nothing better to do with his life.

His death was a tragedy not only because he was taken from us far too soon, but also because he never had a chance to retire. He will never know what it is like not to have to go to work each day, to have all the time in the world to do what he wants.

If there is anything to hope for, it is that Art has now been reunited with his wife and with his cats, Briggs and Stratton.